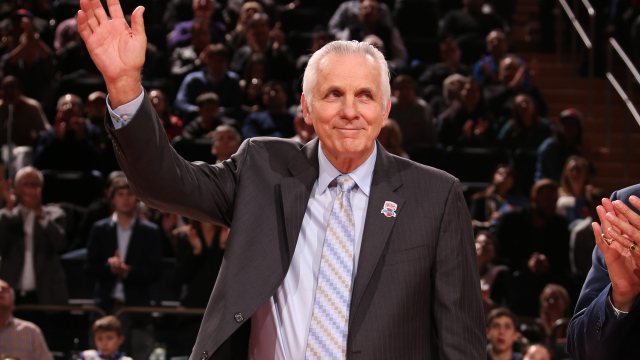 NEW YORK, NY – April 5: Jerry Lucas of the 1972 – 1973 Championship New York Knicks team during a ceremony at halftime honoring the 40th anniversary of the team’s victory in the NBA Finals on April 5, 2013 at Madison Square Garden in New York City. NOTE TO USER: User expressly acknowledges and agrees that, by downloading and or using this photograph, User is consenting to the terms and conditions of the Getty Images License Agreement. Mandatory Copyright Notice: Copyright 2013 NBAE (Photo by Nathaniel S. Butler/NBAE via Getty Images)